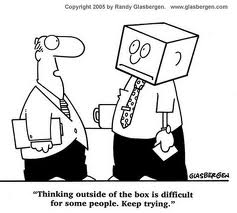 Although I started my blog about my journey to get healthier (with the added benefit of weight loss),  what I discovered is all about Habits.

Ok, not entirely figured it out yet, but getting closer.

I wanted to attempt to change Old habits in to New Healthy Habits.

I believe that my quest has lead me to make many positive changes, however
(Yikes, there is the... however)

What I now believe (may change later since the only real truth is in God's Word) is that
I MUST be like DANIEL in the Bible or
I find myself failing!

Not doing what I know I should and need to do! Oh Flip!


He prayed three times a day.
(one of my blogs talked about this
and even had a picture of him kneeling at a window).
He believe in this "ritual" (habit)
so much that
he risked his life
in the face of being thrown to the Lions
for publicly doing this "ritual" (habit)
Think about it (because I am)

He started his day F O C U S I N G on:
who he is
why he is
what he is to do
He re-focused in the Afternoon


He then ended his day
by preparing for sleep by centering his mind and thoughts  in the Positive, loving, forgiving, hopeful prayers that soothe and comforted him to sleep in Peace.

Daniels Ritual (habit) was PRAYER
(go ahead say it.... it's not a bad word! and Don't try to be all cute saying the word meditate instead... ahhhh unless you feel you'll be thrown to the lions by today's world by standing up and saying to people  "I PRAY")

How easy it is during the day to become distracted from 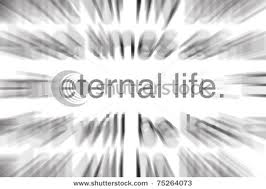 My blog in the morning is exactly that....
my starting my day FOCUSING on what is really important

it's any every day thing..... And not just trying but DOING IT!


Ciao  & Salute to Your Health and Wellness


PS
Daniel was a fascinating Man in the Bible
He Knew the importance of Eating Properly and not giving into gluttony!


Daniel 1: 15 At the end of the ten days they looked healthier and better nourished than any of the young men who ate the royal food. 16 So the guard took away their choice food and the wine they were to drink and gave them vegetables instead.


Daniel knew the importance of taking time to  "focus" three times a day!
Daniel 6: 10 Now when Daniel learned that the decree had been published, he went home to his upstairs room where the windows opened toward Jerusalem. Three times a day he got down on his knees and prayed, giving thanks to his God, just as he had done before. 11 Then these men went as a group and found Daniel praying and asking God for help. 12 So they went to the king and spoke to him about his royal decree: “Did you not publish a decree that during the next thirty days anyone who prays to any god or human being except to you, Your Majesty, would be thrown into the lions’ den?
Posted by DenaMarie