Color my world with a Cinnabon

Are you easily influenced?
I challenge you to think again about this.  For instance:


Color
can affect performance in the work place. They believe that a red office is more stimulating and may cause vigor, anger, or tension in a worker. However, a red surrounding may also increase performance. Stone and English go on to state that a blue office may cause greater depression, as well as sadness, fatigue, or relaxation. Emotions such as these are evident because warm colors like red have a longer wavelength and are thus more stimulating, while cool colors such as blue have a shorter wavelength and are thus more sedative.
Stone and English conducted additional experiments to show the influence of color on our emotions. The team studied various colors, some of which were pink, white, green, and violet. Stone and English found that green causes anger and confusion while violet causes sadness and fatigue. Moreover, even though a group of surveyed students claimed that a white office is appropriate and not distracting, it is in fact the opposite. When compared to workers in with red or blue offices, workers in white offices complained of more headaches and instances of nausea.  English, Anthony J. and Nancy J. Stone. Task Type, Posters, and Workspace Color on Mood, Satisfaction, and Performance. Creighton University, Omaha, Nebraska: Department of Psychology, Volume 18 Issue 2 1998


MUSIC?
After a variety of clinical trials, it is evident, according to ACS that patients undergoing music therapy have reduce high blood pressure, rapid heartbeat, depression, and sleeplessness. The physiological effect of music was observed first in the 17th century. Stress Management by Edward Charlesworth and Ronald G. Nathan is a book that identifies in detail the causes of stress and suggests techniques to reduce stress, specifically musical therapy. According to Charlesworth and Nathan, the physical effects of music were first observed by a French musician, who took his pulse, noting the changes as he sang in different tempos.
TOUCH?
The Wire Mother Experiment: Harry Harlow’s most famous experiment involved giving young rhesus monkeys a choice between two different “mothers.” One was made of soft terrycloth, but provided no food. The other was made of wire, but provided food from an attached baby bottle.Harlow removed young monkeys from their natural mothers a few hours after birth and left them to be "raised" by these mother surrogates. The experiment demonstrated that the baby monkeys spent significantly more time with their cloth mother than with their wire mother. “These data make it obvious that contact comfort is a variable of overwhelming importance in the development of affectional response, whereas lactation is a variable of negligible importance,” Harlow explained (1958).
Ok, so you can google up stuff too (LOL)
Here is my point today... We're influenced continually  by what we see,hear, feel... ok and smell......  like when we walk past the "Cinnabon" store. That is just plan criminal how they pipe that smell out into the walk way .... 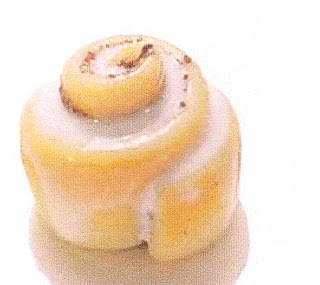 Again, we are influenced  mostly in a subliminal way


through our 5 senses:  seeing, hearing, touching, smelling, tasting  .... oh and "being"
yes, actually also through our spiritual (being)
... so make that 6 ways of being influenced

Influenced PMS: Physically, Mentally, Spiritually
Influenced by the spiritual realm of this world
Again, just because you can't see it, doesn't mean it doesn't exist.
Haven't you ever walked into a room and "felt" the tension or walked into a stadium and "felt the energy", I believe that is because we are spiritual being's and we can feel the "spirit" of what is happening
What influences you?  Color, sounds, words, sights, taste.... spirits
then may I ask
What and who "do you" influence with your :
Words, Touch, looks, attitude... spirit.

It's so very concerning to me this idea.


We are bombarded all day long.  Ok, so it sounds funny that if your in a room with the walls painted red that you'll feel more "hungry" (ahhh resturants)... or you'll buy more clothes if the beat of the music stimulates you to be more impulsive (crazy music in the stores).


Or how about standing in the line at the grocery store behind someone complaining or fighting with their spouse.  It creates tension that is unsettling to be next to.


This is why we need to focus on honoring ourselves .  Physically, Mentally, Spiritually

Take care of our body so our immune system, if exposed to a "cough" can fight off the attack.


Take care of our minds, keeping our thoughts in check, so we can fight off words that come against us.  Accept them and file them away or discard them. Take control of our thought life.


Take care of our spirit.  Fortify our spirit  daily with the Truth from God's word. Then when we come against an environment that is thick with discontent, lies, anger... we have the power within us to resist being influenced and moved by it.

So, go eat an apple and take a walk in the sunshine
go think and say positive thoughts
go with a grateful, thankful, prayer heart and share it with someone
go and be healthy and well
Ciao and Salute to your health and wellness! 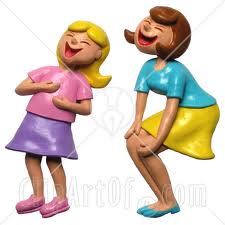